There’s a whole host of reasons to choose Sutton Coldfield as the place for your next home. At Chosen we’ve done all the research for you.

The Royal Town of Sutton Coldfield lies about 7 miles northeast of Birmingham city centre and borders the Staffordshire district of Lichfield and northern Birmingham suburb of Erdington. Historically in Warwickshire, it became part of Birmingham and the new West Midlands metropolitan county in 1974. 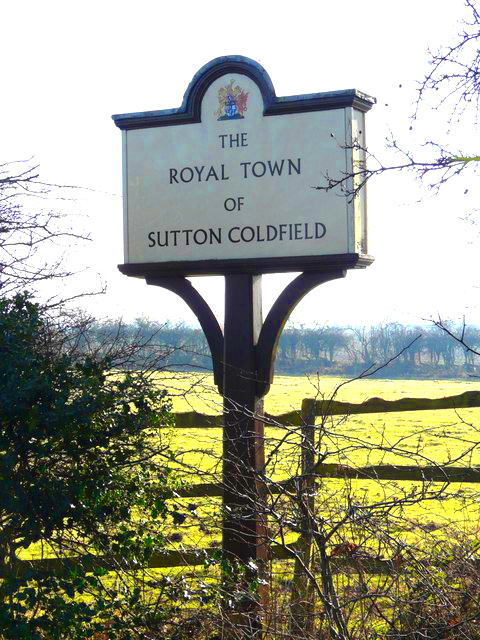 Declared a royal town by Henry VIII all the way back in 1528, Sutton Coldfield was founded by Bishop Vesey in the 1500s and is now one of the most sought-after suburbs in the Midlands region.

Sutton Coldfield has a lot to offer, whether you live, visit or work here. It boasts quality restaurants, nightlife, live Arts, several golf courses, children’s playgrounds, and even a donkey sanctuary!

Built on history and lined with hidden gems Sutton Coldfield is a sought after, Midlands suburb near bustling Birmingham, surrounded by the beautiful English countryside.

Sutton is best known for Sutton Park which is one of the largest urban parks in Europe and the largest outside a capital city. It covers 900.1 hectares (2224.2 acres) with a mix of heathland, wetlands and marshes, seven lakes and extensive ancient woodlands.

Another great park found in Sutton Coldfield is the New Hall Valley Country Park. Slightly smaller than Sutton Park, New Hall Valley is a picturesque park with plenty to do.

The schools in Sutton are a huge selling point. They really are some of the best in the country whether you’re after a state school or private. Many people come to us to find a home here with the schools in mind.

Sutton Coldfield is also handy for Birmingham Airport (BHX). You can hop onto the M42 or get a train via Birmingham New Street in around 40 min.

The Gracechurch Shopping Centre is conveniently located in the middle of town and has everything needed for retail therapy. Ranging from fashion favorites like Topshop and H&M to some great independents. Nearby Mere Green has an M&S Food Hall, and a big Sainsburys, and you can pop to New Oscott for Tesco.

When it comes to eating out in Sutton you’ll be spoilt for choice – whether you go for Sutton Coldfield’s Restaurant Quarter, Mulberry Walk in Mere Green, or one of the smaller hamlets or high street offerings.

Nightlife in the area is quite unique in that it caters for all age groups. It offers more than just a bar scene – you’ll find family friendly pubs and live entertainment at Sutton Arts Theatre, Highbury Theatre and the Town Hall. The churches in the area run a lively entertainments programme for all ages too.

Kids will love the local children’s farms and nature reserves as well as Drayton Manor Park and Zoo which is a stone’s throw away.

Sutton is definitely one of our favourite areas to live!

Totally Different Estate Agency Experience This is our 5th move and to be honest, my opinion of estate agents wasn’t the greatest but Chosen Homes have completely changed this for me. They have been incredible. Everyone we have met has been so professional and lovely. They go over and beyond, genuinely putting so much time and effort into marketing our property and achieving 2 offers in under 2 weeks. It really feels like they have your best interests at heart but are also respectful to the buyer and make the whole process a positive experience. Nicki and Rob have always been honest and transparent and you feel like you are always informed. They have taken care of everything for us and we are so glad we ‘chose’ Chosen. Nicki taking over the viewings for us was so helpful and I think made such a difference- it literally is an entirely different estate agency and we cannot recommend them highly enough. Thank you so much Nicki, Rob, Immie, Paul and Richard – you’ve been amazing.