Stourbridge is a great place to live that site right in the heart of the Midlands. The Chosen team share their thoughts.

Stourbridge is about 12 miles west of Birmingham. It sits within the Metropolitan Borough of Dudley at the edge of the Black Country, and includes the suburbs of Amblecote, Lye, Norton, Oldswinford, Pedmore, Wollaston, Wollescote and Wordsley. 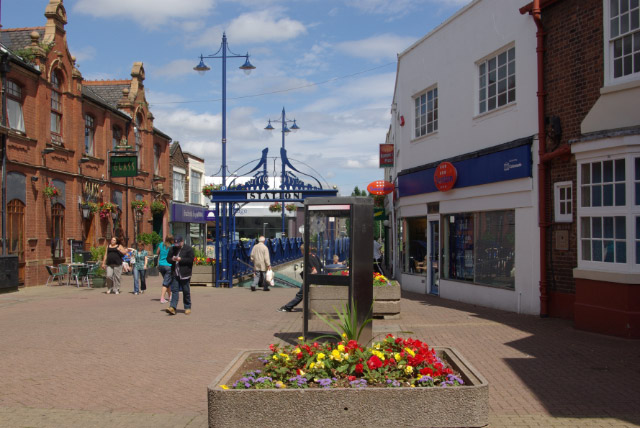 Stourbridge is a market town in the West Midlands, situated on the River Stour. It was the centre of British glass making during the Industrial Revolution. The medieval township was named for a bridge which crossed the River Stour. It lay within the manor of Swynford or Suineford (now Old Swinford), which appears in William the Conqueror’s Domesday Book of 1086.

Stourbridge is a pretty town full of character, surrounded by a green belt of glorious countryside. You’re never far from stunning scenery here, with the Clent Hills to the south and southwest Staffordshire and Kinver Edge to the west. Idyllic villages such as Kinver, Churchill, Belbroughton and Clent are just a few minutes’ drive away. The Stourbridge Canal offers great walks and bike rides.

Much of Stourbridge consists of residential streets interspersed with green spaces. Mary Stevens Park, opened in 1931, has a lake, bandstand, cafe, and a mixture of open spaces and woodland.

It’s a great place to live in and visit, with parks and pleasant suburbs. Situated on the edge of the “Black Country” you will notice people speaking in the traditional dialect. We love Stourbridge’s fascinating mix of both industrial and rural, which contributes to its unique character. The town centre features an old quarter of well-preserved Victorian Houses and interesting specialist shops.

Close to the high street is the Ryemarket Shopping Centre along with banks, supermarkets and national retailers. There are several local cafés, pubs and restaurants to suit all age groups and tastes.

There’s a train station on the Birmingham to Kidderminster line. The Stourbridge Town branch line is just 0.8 miles and is claimed to be the shortest branch line in Europe – many miniature railways are longer!

The area boasts some wonderful schools and colleges and this is a major reason why people choose to live here. Much of the charm lies outside the town centre, with parks and suburbs with well-kept houses, particularly in the Norton, Wollaston, Oldswinford areas, and the area known as the “Old Quarter”.

There are so many things to do around Stourbridge. As well as hiking and cycling in the beauty spots, the Stourport Ring of canals is popular for narrowboat holidays and scenic walks. There’s always some history to delve into. The Red House Glass Museum is a great place to see the craftsmen working with molten glass; and the Lace Guild celebrates the local lace industry during the 18th and 19th century.

Families will also love the soft play areas, museums and art galleries as well as plenty of playgrounds.

We think it ticks all the boxes!

Very professional approach to the whole process, strong and regular communications, highly responsive. Above all else house presented beautifully and a quick sale agreed.