Lichfield is a wonderful place to live. The Chosen team note the reasons why you should choose Lichfield as the place for your new home.

Lichfield is a cathedral city and civil parish in Staffordshire. It’s situated roughly 16 miles north of Birmingham, 8 miles from Rugeley, and 8 miles from Tamworth. 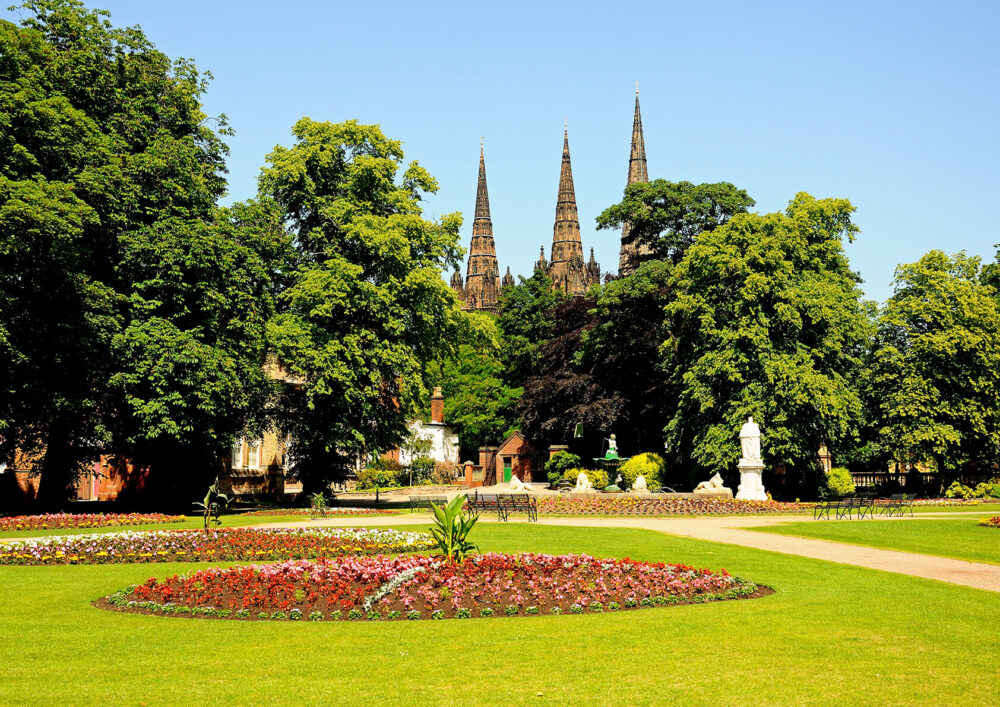 Known for its three-spired medieval cathedral, Lichfield was the birthplace of Samuel Johnson, the writer of the first Dictionary of the English Language. The centre of the city has over 230 listed buildings including many examples of Georgian architecture, and preserves much of its historic character.

Lichfield is a really glorious city, The Guardian recently said: “Let’s move to Lichfield, Staffordshire: as middle England as you can get!”.

It’s packed with history but has evolved to suit the needs of the modern world, while still maintaining its heritage through architecture. If you enjoy dining out, great pubs, shops and traditional markets then this is the place for you. Not forgetting the backdrop of seven well maintained parks – ranging from the 9 acre Beacon Park that features a play area, golf course, mini golf course, football pitches; through to Stychbrook Park that features playing fields, including football pitches and changing facilities.

The cathedral towers over the town and is simply stunning, with its Gothic lines and stained glass.

It’s fairly unusual to find this mix of history, all modern facilities and great transport links. The schools are a lovely mix of village schools, private and state. There are two train stations, with hourly trains from Lichfield Trent Valley to London Euston (95 minutes) and also to Stoke (40). As well as four an hour from Lichfield City to Birmingham New Street (35 minutes). You’re also right next to the M6.

There are also lots of art galleries and museums, including The Hub at St Mary’s which is a multi-use arts and heritage venue in the heart of Lichfield, providing performing arts, heritage and culture.

You’re never short of a day out in Lichfield. Just outside of Lichfield in Alrewas is the National Memorial Arboretum – a lovely day’s walking and a site of national remembrance to honour the service and sacrifice of the British Armed Forces and civilians who died during conflict. There’s also the Staffordshire Regiment Museum in Lichfield, and the Wall Roman Site is a ruin in Lichfield which has been in the media recently and was an important staging post on the Roman military road to North Wales. Kids big and small can easily pop to Drayton Manor Park & Zoo.

Festivals are a big part of the community in Lichfield. There is the annual Shrovetide Fair in February, complete with a traditional ceremony and pancake races. The Lichfield Greenhill Bower takes place on May Bank Holiday Monday. And in spring and summer the Lichfield Festival takes place in July; the Lichfield Food Festival in August and Lichfield Proms in September.

“We can’t recommend Chosen and the team highly enough. From the initial enquiry with them through to an offer being made. The photographs and particularly the 3D tour are exceptional. The team are 100% efficient and keep you in the loop at all times during the process.”